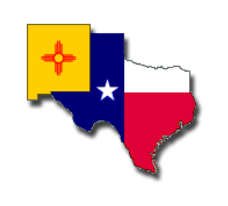 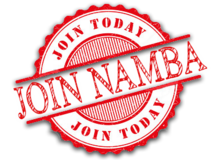 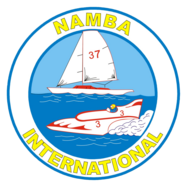 NAMBA International is a non-profit association of radio-controlled model boat clubs. A President, Vice President, and a number of District Directors are elected by the members and serve a two-year term. The President also appoints knowledgeable chairmen in such areas as Electric, Offshore, Sport Hydro, Outboard, and Unlimited Hydro.

In 1959, the Westcoast Council of Model Boaters was formed. This group of boaters raced under the basic rules of the International Model Power Boat Association, and obtained insurance through the Western Associated Modelers (WAM), headed up by Don and Myrtle Coad. During 1969-1970, a group of these West Coast boaters saw the need for a new, national R/C boat association. Working in conjunction with WAM, Bill Young of Bakersfield set up a committee consisting of Ira McKay and Jim Riccio of Arcadia, Sally Stewart Komich, Russ Kominitsky, Wally Stewart, and Bill Young of Bakersfield, and Griff Parker of San Diego. They met on many occasions in Pasadena, decided on the name of the North American Model Boat Association (NAMBA), and proceeded to come up with a basic set of rules, copies of which were sent to everyone who had indicated a desire for the national organization. From the replies received came the first official set of rules. NAMBA was enthusiastically adopted under the auspices of WAM by Executive Secretary, Myrtle "Mom" Coad. To give the West Coast group a national feeling, Gary Johnson, formerly of California but currently living in Honolulu, HI, and racing with the popular "Hawaiian Horde," was appointed as the first President by the original committee.

"Mom" Coad remained in the position of Executive Secretary until late 1988 when she decided to retire. At that time, Cathie Galbraith of San Diego, CA was appointed to take over the duties of this position and is still serving in that capacity.

Ten years after the founding of NAMBA, the NAMBA Hall of Fame was introduced to honor those who had unselfishly contributed towards the growth and improvement of NAMBA over the years.

Each year, NAMBA holds a week-long regatta in a different locale, so that all members may have the opportunity to participate with competitors from all over the country and the world. Past Nationals have been held in the California cities of Los Angeles, San Diego, Camarillo, Seaside, Sacramento, and Manteca. Texas has hosted the Nationals in the cities of Amarillo and Fort Worth, while Washington provided racing venues in Seattle and Tacoma. Other cities that have hosted past Nationals include Tulsa, Oklahoma; Baltimore, Maryland; Reno, Nevada; Naples, Florida; Vancouver, British Columbia; Newark, New Jersey; Wichita, Kansas; Springfield, Virginia; Bristol, Pennsylvania; Springfield, Oregon; Greeley, Colorado; Carlsbad, New Mexico; and Sayerville, New Jersey. This year's Nationals marks the 34th time that the NAMBA Nationals have been held, the first being in Los Angeles in 1972. This year's Nationals is being held in Rollinsford, New Hampshire.

With the increasing interest in electric racing, it was decided almost ten years ago to host an all Electric Nationals each year. This event was first held in New Jersey in 1996. It has since been held in Seattle, Washington, Los Angeles, California, Anchorage, Alaska, once again in New Jersey, and twice in Florida. In 2005 this event makes its debut in Milford, Michigan. This event is drawing more and more boaters each year.

Our thirty-five-year history is one of tremendous growth for NAMBA...from West Coast to National to International interest and participation. We eagerly anticipate equal growth in the coming years. We know that with model boating and with NAMBA, THE BEST IS YET TO COME!

Is made up of approximately 9 independent clubs in Texas and New Mexico. We Fall under the NAMBA umbrella and encourage fun, a family atmosphere in which racers within NAMBA and District 7 can compete and enjoy each other’s camaraderie.